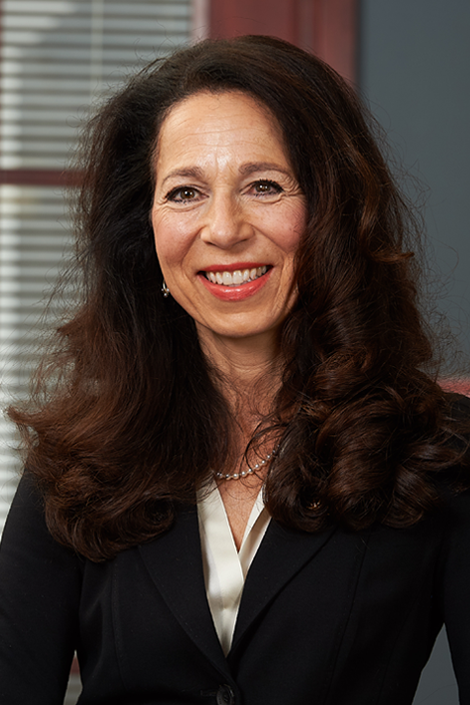 Sherri Walsh is a litigator, arbitrator, and adjudicator whose practice covers virtually all areas of civil litigation with an emphasis on human rights and administrative law, securities and political law. She has appeared at all levels of court in Manitoba as well as before the Supreme Court of Canada.

Sherri is frequently retained to conduct harassment, sexual violence and respectful workplace investigations for corporations, post -secondary institutions and sports organizations, and is a member of the Investigation Unit for the Sport Dispute Resolution Centre of Canada.

Sherri has significant experience acting as a decision maker in administrative proceedings relating to human rights, treaty land entitlement and securities industry discipline matters. She served as an adjudicator under Manitoba’s Human Rights Code for 12 years and was the first person to be appointed Chief Adjudicator under that Code when the role was created in 2012. She currently serves as a Discipline Hearing Panel Chair for both the Mutual Fund Dealers Association of Canada and the Investment Industry Regulatory Organization of Canada (IIROC).

In 2018 Sherri was admitted as a Fellow of the Litigation Counsel of America, becoming the first woman in Manitoba to receive that recognition.

Sherri is the City of Winnipeg’s first Integrity Commissioner having been appointed to that role in 2017.

She is also the Province of Manitoba’s first Municipal Codes of Conduct Appeals Director having been appointed to that role when it was created in January 2021.

From 2011 to 2013 Sherri acted as Commission Counsel to the Inquiry into the Circumstances Surrounding the Death of Phoenix Sinclair – a public inquiry which was established by the Province of Manitoba to examine the circumstances surrounding the death of a First Nations child who had received services from the Province’s child welfare system. The mandate of the Inquiry was to make recommendations to better protect Manitoba children. The Inquiry’s report: “The Legacy of Phoenix Sinclair – Achieving the Best for All Our Children” was published in 2014. http://www.phoenixsinclairinquiry.ca/

From 2000 to 2011 Sherri sat as a part-time Chair of the Appeal Commission for the Workers Compensation Board of Manitoba, representing the public interest.

From 2003 to 2009, Ms. Walsh taught Introduction to Civil Procedure to 2nd year students at the Faculty of Law, University of Manitoba.

In 2014 and 2015, Ms. Walsh taught a course entitled Poverty and the Law to students in the Department of Urban and Inner-City Studies at the University of Winnipeg.

Ms. Walsh has been frequently asked by the Law Society of Manitoba to chair or present Continuing Professional Development Seminars and has often served as an instructor for the Bar Admission course.

She was a coach for the Manitoba Faculty of Law School’s 2014 team for the Laskin Moot Competition – a bilingual national moot court competition.

She is a frequent presenter on various topics at conferences and training sessions sponsored by the Manitoba Council of Administrative Tribunals and is a guest lecturer for the course: Children Youth and the Law, at the Faculty of Law, University of Manitoba. She is also frequently asked to give presentations and participate in seminars about the ethical conduct of municipal elected officials.

The value of Ms. Walsh’s work particularly in the areas of social justice and human rights has been recognized by her peers and others.

Ms. Walsh is a member of the Canadian Bar Association’s Committee on Lobbying and Ethics.

She has been consistently appointed by the Benchers of the Law Society of Manitoba to sit on various Standing and ad hoc committees, including: the Complaints Investigation Committee, the Discipline Committee, the Committee on Practice and Ethics, and the President’s Special Committees on: the Independence of the Legal Profession, Emerging Issues for the Legal Profession, Trust Safety, Entity Regulation, and Communications.

Outside the practice of law, Ms. Walsh has sat on the Boards of a number of non-profit organizations.

She currently sits as a Director on the Boards of the University of Winnipeg Foundation and the Manito Ahbee Festival.

She is a longtime volunteer with Winnipeg Harvest – a non-profit food bank and served as Chair of its Board for four years, during which time she was involved in a successful capital campaign which resulted in transforming the organization’s capacity and ability to serve the community.

She has also served as a member of the National Research Council’s Winnipeg Research Ethics Board.