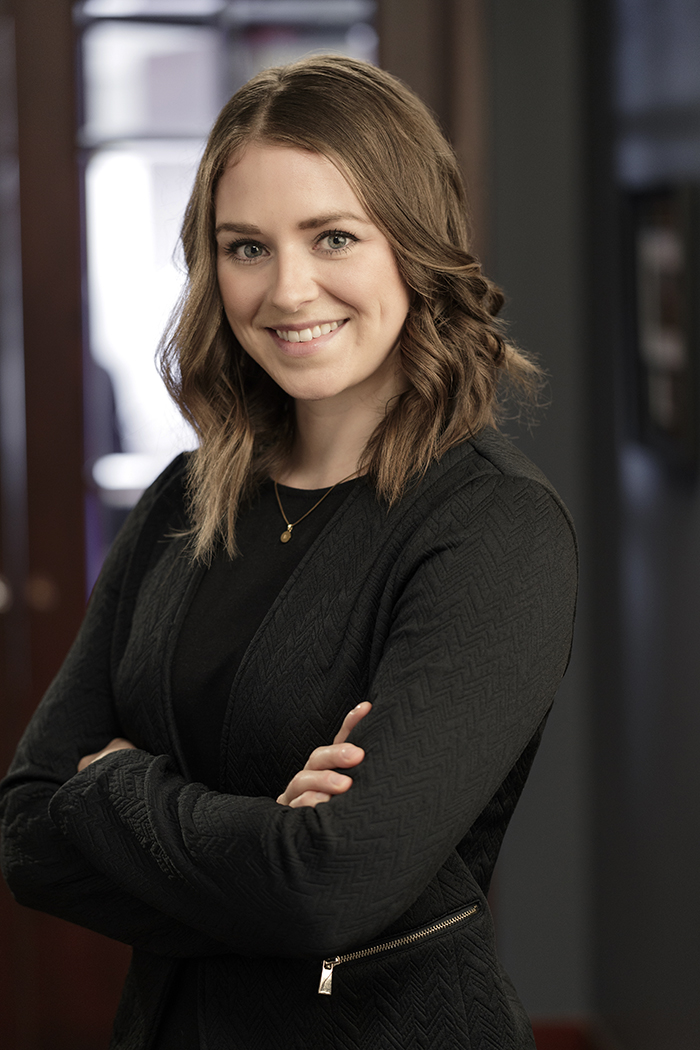 Kelsey received her law degree from the Peter A. Allard School of Law at the University of British Columbia in 2016. As a law student, Kelsey volunteered as a copy editor for the UBC Law Review and provided free legal advice through the Law Students Legal Advice Program. Kelsey completed her articles with a national firm in Vancouver, British Columbia before being called to the bar in 2017 and returning home to Winnipeg, Manitoba.

After practicing for two years with a full-service firm in Winnipeg, Kelsey joined Hill Sokalski Walsh in 2019 to specialize in civil litigation. She has appeared before all levels of court in British Columbia and Manitoba and has experience with mediations, arbitrations, workplace investigations and administrative tribunals. Kelsey also acts as independent counsel in criminal proceedings.

Kelsey is a member of the Law Society of Manitoba, the Manitoba Bar Association and the Canadian Bar Association. Kelsey also volunteers as a supervising clinician with the Legal Help Center.